Hijrah of the Heart 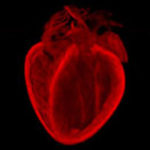 It comes from the word هَجَر or هِجْرًا to literally mean journey, migration, exodus.

Hijrah in itself is a solemn word.

It is an action that involves major changes, tremendous sacrifices, intense exertion, energy and resources. It is a process that involves inconceivable discomforts, unimaginable risks and hazards – for the sake of a peace of mind and heart.

Thus we find that Hijrah was and is only undertaken, under dire need and circumstances. It is when harmony has been severely disrupted, that it no longer becomes practical or safe to live in peace.

It is the nature of the Prophetic duty to migrate. Prophets (alaihim solaatu was-salaam) were sent to nations when disharmony and gross injustice becomes a norm and habit in a nation. Prophets begin their call to re-establish harmony, peace and justice among their own people.

It is an established pattern in Prophethood, that their messages were denied, and their people will turn against them – despite the fact that they were the most beloved among their people.

When the odds turn against them, and they have exhausted all means to live and preach peacefully by their people – they will then be given the permission to leave and migrate.

Our dear Prophet ﷺ lived in Makkah, for the first 53 years of his life (according to his cousin Ibn Abbas رضي الله عنه). He was of such noble character that even his enemies could not deny his nobility and graciousness (even while they strove to murder him). He was also renowned and prominent, trustworthy and dependable as a businessman and arbitrator.

The Prophet’s call to Islam – had attracted the young, the minorities, the oppressed – who make up the majority of the new believers. Unfortunately, this is seen as ‘upsetting the social order’, and the Quraish began ‘Operation Persecution’. The new Muslims were terrorised and persecuted, much as the Rohingyan Muslims are suffering today. The order to migrate came as a relief to the Muslims – and several batches migrated secretly and quietly.

The Prophet’s migration was a dangerous mission (read more here) that he journeyed with his best friend, Abu Bakr (رضي الله عنه).

Reasonable and responsible people will agree that it is generally easier to stay still, quiet and submitting in a negative environment, despite the costs – as compared to facing the unknown, by migrating and expediting into unfamiliar territories, and having to begin again with little to nothing.

Which was why The Creator acknowledged and credited those who partook in this difficult journey, for their courage and struggle.

Allah, The Creator of the Heavens & Earth, promises in the Quran:

إِنَّ الَّذِينَ آمَنُوا وَالَّذِينَ هَاجَرُوا وَجَاهَدُوا فِي سَبِيلِ اللَّهِ أُولَٰئِكَ يَرْجُونَ رَحْمَتَ اللَّهِ وَاللَّهُ غَفُورٌ رَّحِيمٌ
As for those who believed and those who migrated and struggled in the path of Allah,
they do hope for Allah’s mercy and Allah is Forgiving, Very Compassionate .
Surah Al Baqarah 2 : 218

وَمَن يُهَاجِرْ فِي سَبِيلِ اللَّهِ يَجِدْ فِي الْأَرْضِ مُرَاغَمًا كَثِيرًا وَسَعَةً وَمَن يَخْرُجْ مِن بَيْتِهِ مُهَاجِرًا إِلَى اللَّهِ وَرَسُولِهِ ثُمَّ يُدْرِكْهُ الْمَوْتُ فَقَدْ وَقَعَ أَجْرُهُ عَلَى اللَّهِ وَكَانَ اللَّهُ غَفُورًا رَّحِيمًا
And whoever migrates in the way of Allah, shall find in the earth many a place to settle and a wide dimension (of resources). And whoever leaves his home migrating for the sake of Allah and His Messenger and death overtakes him, then, his reward is established with Allah. And Allah is Most Forgiving, Very Compassionate
Surah An Nisa 4:100

وَالَّذِينَ هَاجَرُوا فِي اللَّهِ مِن بَعْدِ مَا ظُلِمُوا لَنُبَوِّئَنَّهُمْ فِي الدُّنْيَا حَسَنَةً وَلَأَجْرُ الْآخِرَةِ أَكْبَرُ لَوْ كَانُوا يَعْلَمُونَ
And those who migrated for the sake of Allah after they were subjected to injustice, to them We shall give a good place to be in the world, while the reward of the Hereafter is certainly great – only if they had realized!
Surah al-Nahl 16:41

After the migration from Makkah to Madinah, other believers from far and wide, came to Madinah to pledge their devotion and gain the reward for migration.

It has been reported on the authority of Mujashi’ b. Mas’ud as-Sulami who said: I came to the Prophet ﷺ to offer him my pledge of migration. He said:

حَدَّثَنِي مُجَاشِعُ بْنُ مَسْعُودٍ السُّلَمِيُّ، قَالَ أَتَيْتُ النَّبِيَّ صلى الله عليه وسلم أُبَايِعُهُ عَلَى الْهِجْرَةِ فَقَالَ ‏
“‏ إِنَّ الْهِجْرَةَ قَدْ مَضَتْ لأَهْلِهَا وَلَكِنْ عَلَى الإِسْلاَمِ وَالْجِهَادِ وَالْخَيْرِ ‏”
The period of migration has expired (and those who were to get the reward for this great act of devotion have got it). You may now give your pledge to serve the cause of Islam, to strive in the way of Allaah and to follow the path of virtue.
Reported in Sahih Muslim No. 4594

“‏المسلم من سلم المسلمون من لسانه ويده، والمهاجر من هجر ما نهى الله عنه‏”
“A Muslim is the one whose tongue and hands the Muslims as safe from,
and a Muhajir is one who leaves everything that Allah and His Messenger have prohibited.”
Reported in Riyadussaliheen/18/55

Therefore, what we have today is the Hijrah of our state and consciousness.

We make the migration from one state of consciousness to another – From the place of the lower desires to a state of higher consciousness.

Unless you are a veteran traveller, the Hijrah is not a journey you should embark on alone. For the sake of safety and wellbeing, you are advised to carry out your hijrah with companions, guided by professionals, if possible.

Obviously, it is also not a mere physical movement, bringing along old habits, but also embracing a new lifestyle altogether. It is a journey that we undertake, to create space, so that we may experience growth, find peace and achieve a more harmonious, purposeful & prosperous lifestyle.

Do take the time to research and make plenty of prayers, in finding a guide and companions for your journey.

So once you’re ready, we offer you to join us in our physical, intellectual and spiritual journey, to:

make a change for the better,

nurture your basic senses and

restore harmony in your lives…

May your Hijrah be accepted.
May Allah bless your journey, keep you safe, ease your difficulties, forgive your misdeeds and mistakes, and reunite us all with His Beloved ﷺ and Companions (may Allah be pleased with them).

This site uses Akismet to reduce spam. Learn how your comment data is processed.

Savvy Up for Your Journey