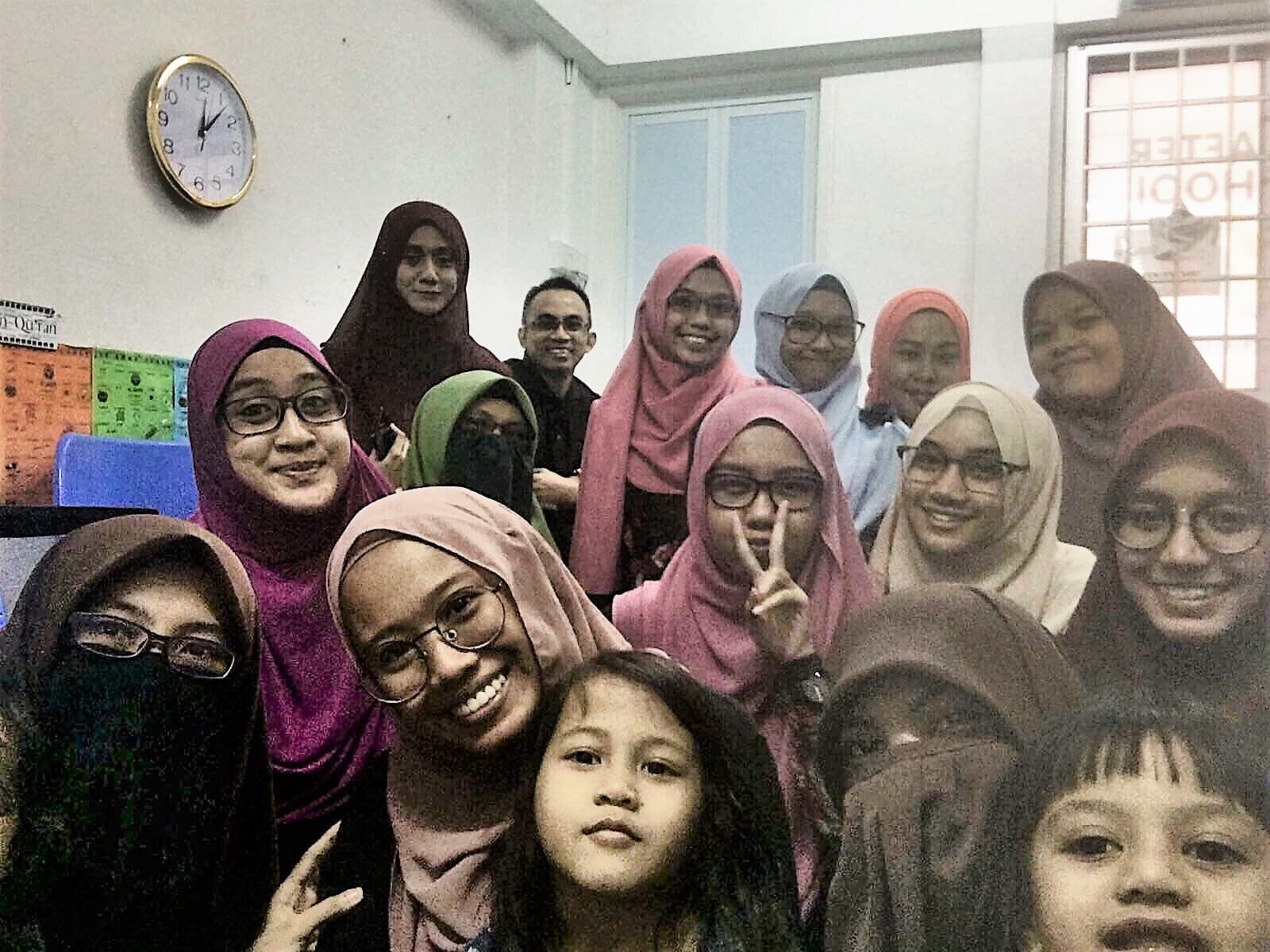 Our Pioneering Little Sahaabah team, who laboured and shaped our values of belief, hope, dedication, compassion and harmony. May Allah bless and aid them always.

Our After-School Adventure Club (Little Sahaabah) was registered in 2016 and approved to administer the MSF Comcare Student Care Financial Assistance.

Our niche is to present psychological theories and practices, culturally adapted for the Malay Muslim community.

In June 2018, we officially launched our Counselling Services. A variety of therapies including Islamic Psychology Counselling are provided by Counsellors certified at Masters of Counselling level.

Hijrah Pte Ltd was founded by Ustazah Noraini Abdul Wahab - to provide support to friends and organisations, in organising spiritual retreats - which served as a platform of gentle social support and therapeutic alliances.

She developed the Little Sahaabah program in 2015 to occupy her 3 then primary school-going boys, with meaningful activities after they return from school. This program was adopted by AspireInstitute and named the After-School Tahfiz.

Towards the end of 2016, Aspire decided to focus on other endeavours and programs, handing over the After-School Tahfiz to the Hijrah management team. The program was renamed the Little Sahaabah After-School Adventure Club.

Ustazah Noraini re-created the curriculum to include Character Building components that inculcate traditional values of harmony, honour and nobility in our students.

It drew the attention of Fons Vitae (a non-profit, academic press, which publishes interfaith scholarly works focused primarily on world spirituality) who then entrusted the Hijrah team to pioneer The Ghazali Children's Project, a series with an advisory board including renowned scholars, such as Sheikh Hamza Yusuf, Dr Timothy Gianotti, Dr Ingrid Mattson and Father David Burrell.

Savvy Up for Your Journey